If you also grew up in the 80's, you know how excited I was when I had the chance to go to Nintendo yesterday.

To say my decision to start Studio Pepwuper was influenced by Nintendo would be a huge understatement. Without Nintendo, we wouldn't have what we know as video games today. And despite many industry changes and technology cycles, Nintendo continues to create some of the purest forms of interactive entertainment today.

Most amazing of all to me, is their ability to create games that can be enjoyed by people of all ages and types. Forget about casual / core, female / male, adult / kids, east / west, Nintendo has produced games that appeal to gamers across these borders we tend to put up when dividing people into groups. It's easy to look at the ever-changing tech world and see Nintendo as a company that "doesn't get social" or "doesn't get free-to-play", but we'd be ignoring its incredible understanding of - FUN.

Games don't always have to be fun. But I can always use a bit of fun in games (or in anything really - RB would agree.)

And of course, the first thing I did at Nintendo is to find mushrooms at Cafe Mario. I didn't grow twice as big after eating them, but I caught a glimpse of gaming history in the Mushroom Kingdom. It made me twice as excited about what we are working on, and reminded me that despite all the stress that comes with the business, it's FUN to be in this amazing industry! :) 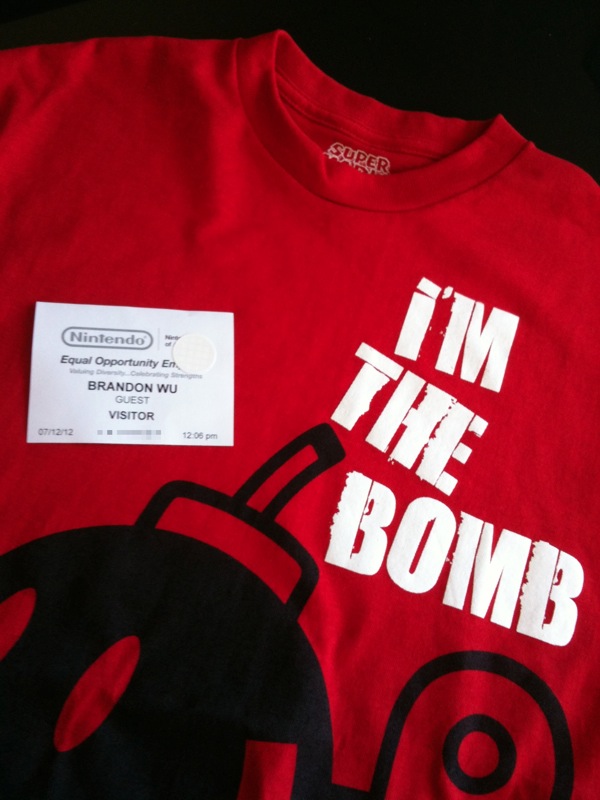 This blog does not have any tracking, and I am still looking for a commenting solution that does not track visitors. For now, you can tweet to me about A Visit to Nintendo.